I am a day late. My web host was having technical issues. Since I host the web-version of the newsletter on my site, I decided to hold off for a day. Well lets start, shall we. 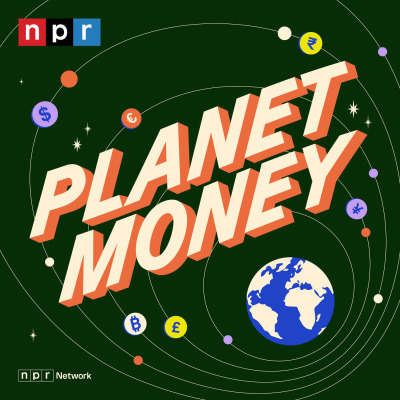 Day of the Debt – Planet Money
We make a loan to the U.S. government, and it does not go the way we thought it would. Plus: the story of that one time the U.S. defaulted. Subscribe to our weekly newsletter here.

US treasury bonds are safest investment in the world. To the point where countries like India and China buy 10 year US T-Notes for foreign reserves. Because the US government never defaulted on its debt right?

It has. In 1979, the US congress waited till the end to raise the debt ceiling. And there were some technical issues with printing of checks. So the checks went out later than the due dates. Which is a default.

The main subject of this essay hits me close to my heart due to recent events. More on those soon.

I am featuring this passage for another reason. The famed media theorist Marshall Mcluhan, of ‘The medium is the message’ fame, predicted that humanity would revert to a more tribal state due to TV. He called it the state of the ‘Postliterate’ society.

While TV did achieve some tribalization, it is no match for social media. The filter-bubble, the fake news, and the worst aspect of news media are transforming societies slowly. The post-literate era is here. I think we should be ready.

A 2016 survey of 589 rural districts[of India] found that 50 percent of students could not read books intended even for three grade levels below their own. A news-portal owner estimated to me that just ten million Indians are capable of reading a book in any language. As he put it: “A country of 1.2 billion people has the reading population of Belgium.” And rather than seeing the Internet as a space to redefine themselves, Indians continue to enact group affiliations of caste, religion, and region. An earlier Facebook study had found that the median membership of groups Indians joined was 140,000 users, suggesting that Indians prefer the safety of large groups to the solitude of individual pursuits.

America’s “defeat” in Afghanistan shocked everyone who’s not paying attention. Richard Hanania explores one aspect of this that has not seen much coverage; the credibility of the academics that were involved in the disaster. This post was less about Afghanistan and more about the rot that is eating the social science and public policy academia. I think some his examples were misinformed. However, overall his thesis is correct; experts in social sciences rarely get penalized for being wrong.

This passage is a good summary, but I would recommend reading the whole thing.

Yet I wonder what the field of civil engineering would say if the US went abroad and tried to build bridges based on principles that violated the laws of physics. I’d like to think the Pentagon would have trouble finding well-credentialed experts to help them, and those that did take a paycheck to help achieve the impossible would lose all credibility in their field. That of course has not happened to the pundits and social scientists who spent 20 years making a living off the idea that the US was doing something reasonable in Afghanistan.

— Richard Hanania, Tetlock and the Taliban

So we’re living in a nation with many voters who seem to have both a distorted view of the state of the economy and false beliefs about what aspects of the economy politicians can affect. How is democracy supposed to function well under these conditions?

Just to be clear, I’m not condemning voters for not being economic experts. People have children to raise, jobs to do, lives to live. Expecting them to be sophisticated policy analysts is unreasonable.

*Paywalled. Email me at feedback at chapra dot blog, or reply to the email, if you want access.