I think this new format is working for me. This week also marks 6 months since I regularly started posting this Newsletter. Thank you for all your support. If you think your friends would like this newsletter, try forwarding it to me. 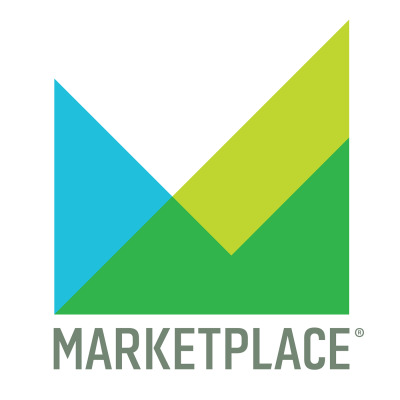 Gentrification meets Texas barbecue – Marketplace
Historically, barbecue has been a cheap and delicious way to cook meat — principally by Black pitmasters who lived in poverty. Now, ’cue joints win prestigious awards and can charge top dollar. But a lot of media attention has centered on white cooks, who make up a fraction of pitmasters. Marketplac…

In the American South Barbecue is a big deal. It wasn’t always though. It used to be a way to get rid of your access beef inventory for Texas restaurants and butcher shops. Now it can cost over $30 per pound in some popular locations. This episode of Marketplace has a section on the economics and culture of BBQ culture.

The whole essay is a reflection on an older one. The author predicted Bitcoin will fail. I think it has, as none of the stated goals were ever achieved. It provides the perfect metaphor for blockchain as a technology.

Here’s a metaphor. Blockchains today are like… XML in the early 2000s. A long-burning overcomplicated trash fire that a bunch of large, cash-rich, unscrupulous, consultant-filled mega-organizations foisted on us for years and years, that we all now pretend we weren’t dumb enough to fall for. Remember SOAP? Remember when we tried to make HTML4 into XHTML? Ew, no.

A lot of stuff will get redesigned in the name of blockchains. Like XML, the blockchains will always make it worse, but if carefully managed, maybe not too much worse. Something good will eventually come out of it, by pure random chance, because of all those massive rewrites. Blockchains will take credit for it, like XML took credit for it. And then we’ll finally move on to the next thing.

— apenwarr, 10 years of… whatever this has been

This is a Hacker News comment on the above essay. It is probably one of the best w of why a lot of predictions go wrong. We bias ourselves towards our values. These leads us to predict against consequences that we do not want to happen.

It’s interesting, the original article is one giant Appeal to Consequences fallacy. The arguments are structured like “If Bitcoin succeeds, X will happen, and X is bad, therefore Bitcoin will fail” or alternatively “Bitcoin undoes policy Y, policy Y was a good thing, therefore Bitcoin is bad and will fail.” And then the epilogue here finally acknowledges that yup, all the bad stuff did happen, and yet Bitcoin still succeeded, and the future will probably involve more bad stuff but that’s the way it goes.

I feel like one marker of maturity is understanding that not everything true is going to be good, and not everything that we want is something we’re going to get. So many timely debates take the form of an Appeal to Consequences fallacy. “Hyperinflation would be bad for everyone, therefore the government will not allow hyperinflation to happen” – ignoring that the government may not have the mechanisms to stop it once it begins. “If it’s too late to do anything about global warming, we’re all fucked anyway, so let’s proceed on the assumption that it’s not too late” – ignoring that “we’re all fucked anyway” may mean many different things and some of them might be significantly more pleasant than others. “America is a great country, so it can’t possibly collapse”, ignoring that many once-great countries have collapsed before.

I found my predictions got significantly more accurate, though significantly less comforting, when I realized that good doesn’t always win out in the end.

The Stories We Tell

Neil Gaiman’s American Gods is one of my favorite novels. If you want an explanation of the US as a culture and society, it is a better text than most non-fiction and academic works. I recently broke down and read the sequel, Anansi Boys.

And it is not a sequel at all. Both books share one character, Anansi (based on the West African fable). But that’s the end of similarities. Anansi Boys is more about the stories we tell about each other, and ourselves. How those stories shape us as people and tribes. It is also hilarious. It has more in common with Gaiman’s collaboration with Terry Pratchet, Good Omens, than American Gods.

People take on the shapes of the songs and the stories that surround them, especially if they don’t have their own song.

“Maybe Anansi’s just some guy from a story, made up back in Africa in the dawn days of the world by some boy with blackfly on his leg, pushing his crutch in the dirt, making up some goofy story about a man made of tar. Does that change anything? People respond to the stories. They tell them themselves. The stories spread, and as people tell them, the stories change the tellers