Posting this on the morning of what might be a repeat of 1939 seems surreal. History is not over. We are living through it. Hug your loved ones and take care for yourself.

Harm-Benefit Asymmetry; or the limits of Utilitarianism

Harm-Benefit Asymmetry is a moral philosophy concept. It posits that harm done to someone by an action that benefits someone else in an equal manner are asymmetric. The harm will always outweigh the benefit. You can tell this is a utilitarian concept because of the assumptions inherent in it. Such as:

All of these assumptions are incorrect.

This is a clear drawback of utilitarianism. You just can’t run your morality in a spreadsheet. No matter what Sam Harris or Richard Dawkins say. 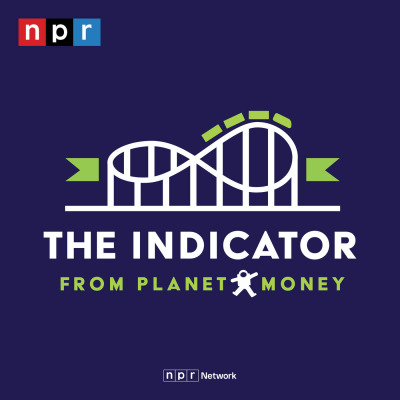 Five vital signs for scaling your big idea – The Indicator from Planet Money
The Mcdonald’s Arch Deluxe is one of the most infamous product failures in history. Economist John List helps us understand what happened and how it could’ve been averted.

The five signs are:

I’d this essay in the ‘infuriates me’ pile. It is of the now tired ‘Woe is my Western Liberal Order! What hath they wrought on thee’ genre. It is as uninspired as the rest of the entries in this canon. However, like a broken clock, it does have some useful observations.

you may suffer some consequences if you make wrong religious, artistic, or athletic distinctions, but if you fail to distinguish between friends who will help you and foes who will hurt you, then your social, emotional, and physical wellbeing are in immediate jeopardy. Consequently, any sphere which becomes political stops operating on its original distinction and becomes a way to signal political allegiance as friend or foe. The political overrides other spheres simply because more is at stake.

— Johnathan Bi, Where are the Thought Police?

In this essay on the Universal Basic Income as a capitalist solution to capitalist problems, Oshan Jarrow discussed Edward Bernays. Bernays originated what we should now refer to as Commercial Psy-Ops. I do not agree with the premise that somehow advertisements can rewrite the brain. But Bernays created an environment where the prospect of mass-manipulation is considered a legitimate tactic to sell you doodads.

Like a puppeteer who discovered hidden strings controlling the human mind, [Edward] Bernays used Freud’s discovery of the unconscious to manipulate conscious behavior. From the 1920’s on, he taught companies how to market and appeal directly to the unconscious, turning consumption into a psychological activity. This created a two-way bridge connecting economic growth with the psychology of citizens.

In his 1928 book, Propaganda, Bernays writes:

“The conscious and intelligent manipulation of the organized habits and opinions of the masses is an important element in democratic society. Those who manipulate this unseen mechanism of society constitute an invisible government which is the true ruling power of our country. We are governed, our minds are molded, our tastes formed, our ideas suggested, largely by men we have never heard of…we are dominated by the relatively small number of persons…who understand the mental processes and social patterns of the masses. It is they who pull the wires that control the public mind, who harness old social forces and contrive new ways to bind and guide the world.”

This was a perversion of psychoanalysis, employing it for profit by capitalizing on repression rather than wrestling shadows to light. Identifying repressions became the stimulus behind consumerist culture.

As the pandemic wind downs, I would like to share a sample of what we lost over the past 2 years.