The Frankfurt School, or why the worker’s revolt never came.

As I mentioned in the newsletter signup, I will share ideas that interest me regardless of whether I hundred percent agree with them. Today is one such idea. 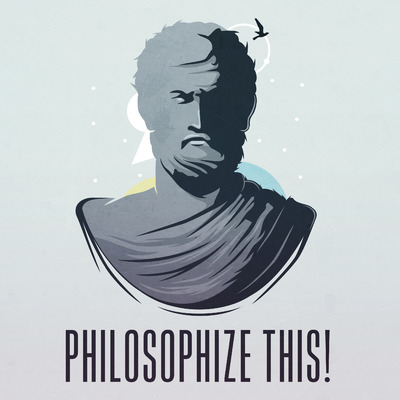 This is a 7 part series on The Frankfurt School.

The Frankfurt School were a group of Marxist philosophers that came up in Germany post-WWI. The Frankfurt School confirmed Marx’s ideas of industrialized labor and alienation, but also rejected some of his teleological propositions. They considered Marx to be limited to just economy.

The central thesis of the Frankfurt School can be summarized thus:

Of course, none of the thinkers claimed that this is due to some grand conspiracy. These are a feature of a Capitalist economy. To these intellectuals, the modern worker was not the enlightened proletariat of Marx. They posited that the worker is numbed into accepting their condition.

This is part of a documentary length video on Crypto and NFTS. It is by culture critic Dan Olson. I highly, highly, highly recommend you watch the whole thing. This section is abut the DAOs; Distributed Autonomous Organizations. They are supposed to be corporations, but on the blockchain.

They are as disastrous as they sound.

Florent Crivello, Product Manager at Uber, writes about owning demand. As long as you are running your business in someone else’s backyard, you will always be fragile to their whims. It is the idea behind my startup MakThis.

Goldman Sachs analyst Rod Hall reckons Google will pay $9B to Apple this year to remain iOS’ default search engine — an amount that could go up to $12B next year (source). By comparison, Microsoft’s search engine Bing generated $7B in revenue in 2017. So Apple’s “search engine business” is 28% larger than Microsoft’s — all while, you know, having no actual search engine.

— Florent Crivello, Own the Demand

“Buy Experiences, Not Things” is one of those insidious beliefs that sound noble on the surface. However, they reveal a lack of understanding on part of those who espouse this belief.

While I appreciate the Stoic-style appraisal of what really brings happiness, economically, this analysis seems precisely backward. It amounts to saying that in an age of industrialization and globalism, when material goods are cheaper than ever, we should avoid partaking of this abundance. Instead, we should consume services afflicted by Baumol’s cost disease, taking long vacations and getting expensive haircuts which are just as hard to produce as ever.

Put that way, the focus on minimalism sounds like a new form of conspicuous consumption. Now that even the poor can afford material goods, let’s denigrate goods while highlighting the remaining luxuries that only the affluent can enjoy and show off to their friends.

But I think there’s more to it than that. The advocates of the new minimalism are, by and large, urban dwellers, tied to stratospheric real estate markets in prime locations. (Prime locations are, tellingly, never considered material “things” to be shunned.)

It is very difficult to find out what is happening inside China. Most English language media is either parroting Tankie Propaganda, or more commonly, simplistic narratives that treat the whole nation as a 1.5 Billion people monolith.

Dan Wan is researcher based in Shanghai. In his 2021 year-end review, he writes extensively about China. He writes about the

While it’s too soon to say that regulatory actions have snuffed out entrepreneurial dynamism in China, it’s easier to see that a decade of continuous tightening has strangled cultural production. I expect that China will grow rich but remain culturally stunted. By my count, the country has produced two cultural works over the last four decades since reform and opening that have proved attractive to the rest of the world: the Three-Body Problem and TikTok. Even these demand qualifications. Three-Body is a work of genius, but it is still a niche product most confined to science-fiction lovers; and TikTok is in part an American product and doesn’t necessarily convey Chinese content. Even if we wave nuances aside, China’s cultural offering to the world has been meager. Never has any economy grown so much while producing so few cultural exports. Contrast that with Japan, South Korea, and Taiwan, which have made new forms of art, music, movies, and TV shows that the rest of the world loves.