This is a great episode of the podcast Criminal. It concerns bunk ‘forensic science’ of Bite Mark Analysis. Over the years, this bogus science subject many innocents to severe punishments in the US legal system.

It is not as if it was one miscreant. There was a whole organization involved in defrauding the legal system. This was a criminal conspiracy. And yet no one has bee held accountable for this conduct. This is part of the wider-trend of self-styled experts, or Technocrats, finding problems for their solutions, creating disasters, and never being held accountable.

This is not limited to this one field. The ‘forensic sciences’ are filled with bunk such as this. Stuff like Profiling, Blood Spatter Analysis, Hair Microscopy, etc. None of these have any empirical basis. It is scientism invented by charlatans. Snake Oil that destroys lives. And none of them face any consequences for it.

This lack of accountability in technocracy is why I find ‘Believe Science’ to be a dangerous slogan. It is so simplistic as to give power to this junk. And social sciences are rife with such horsemanure. There are nation states that are suffering still from the incompetence of ‘expert economist’ imposed on them by IMF and World Bank. They have no skin in the game. They destroy the institutions in their wake and then move on without any consequences. It is disgusting. 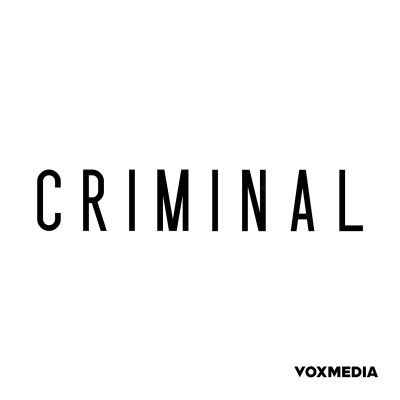 Episode 191: The Sailor’s Teeth – Criminal
In 1982, forensic dentists examined the teeth of thousands of sailors stationed on an aircraft carrier called the USS Carl Vinson in Newport News, Virginia. It’s been called “the largest dental dragnet likely in U.S. history.”

A new Vsauce video is like a major event. This one is about the perception of past, present and reality. It is tangentially about how media transforms reality and even our dreams.

Thomas Sowell is a conservative commentator and professor. I have very little in common with him. The piece quoted below is full American conservative hand-wringing en vogue for the past 40 years.

However, I do agree with him on this point; there have to be consequences for actions that destroy lives.

It is hard to imagine a more stupid or more dangerous way of making decisions than by putting those decisions in the hands of people who pay no price for being wrong.

Most agricultural societies required a circular system for organic matter. Humans consume from the earth and then replenish it with their waste. Post-industrial societies have broken this cycle. Which has lead to numerous issues. This article goes into the depth and history of humanure composting.

‘You have to feed the earth the way you feed people,’ my grandfather used to say. To me, it was such a beautiful statement, full of nature’s wisdom. We took from the earth, so we had to give back to it. Summers here were short and often cool and rainy, but in his orchard strawberries started turning red in June and tomatoes ripened all the way into September. And our apple and cherry trees bloomed and bore fruit year after year, fragrant in the spring and delicious in the fall. To me, this was the circle of life, and our excrement was as inseparable from it as we humans were inseparable from nature. It wasn’t ugly filth but potent fertiliser we carried within us.

Scientists call this phenomenon the metabolic rift or the redistribution of nutrients on the planet but, conceptually, it echoes my grandfather’s earth-feeding notion. If you think where our food comes from, particularly in colder climates, you’ll realise it’s grown someplace else. As our bananas, apples, lettuce, corn and rice grow, they extract nutrients from the land. That food is then trucked, shipped and flown to where we live – and where we eat it and excrete it. Yet, we don’t return that organic matter back to where we got it from, like my grandfather did. We don’t drive, sail or fly to return this organic bounty to the land. We flush it down the drain.

— Lina Zeldovich, A short biography of human excrement and its value

Surgeon Atul Gawande wrote this book on the organizational power of Checklists. By the end of it, I did not become more likely to incorporate checklists in my workflow. I did become deathly afraid of surgical procedures.

For every drowned and pulseless child rescued, there are scores more who don’t make it—and not just because their bodies are too far gone. Machines break down; a team can’t get moving fast enough; someone fails to wash his hands and an infection takes hold. Such cases don’t get written up in the Annals of Thoracic Surgery, but they are the norm, though people may not realize it.

Medicine has become the art of managing extreme complexity—and a test of whether such complexity can, in fact, be humanly mastered.