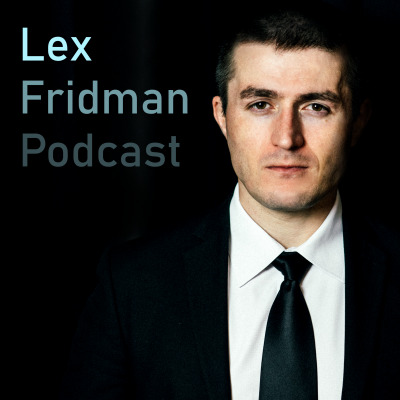 #235 – Michael Mina: Rapid COVID Testing – Lex Fridman Podcast
Michael Mina is an immunologist, epidemiologist, and physician at Harvard. Please support this podcast by checking out our sponsors: – Notion: https://notion.com/startups to get up to $1000 off team plan – Quip: https://getquip.

Lex Fridman invites Michael Mina to discuss rapid at-home COVI testing. The current regime of RT-PCRs and vaccines has created a sense of false security. We are not testing for infectiousness. Testing with these could have solved a lot of problems and save thousands of lives.

I disagree with both of them. However, both are good examples of how there is still worthwhile discussion happening online. Worthy reads.

The problem with conspiracy theories is that they are impossible to stop. The adherents can keep move. While reviewing the latest entry in the Covid Lab Leak theory canon, Viral, Lindsay Beyerstein lays out this problem quite succinctly.

The great part about suspicions—from a conspiracy theorist’s perspective—is that they don’t have to gel into any coherent theory. You can just have a bad feeling that becomes someone else’s job to resolve for you.

This is why the lab leak theory will never die, no matter how much evidence virologists are patiently accumulating on the side of natural origin. It’s all about suspicion and innuendo. And when one supposedly suspicious event is unpacked, it’s usually a long and boring explanation nobody wants to hear. Meanwhile, the theorists have already found 10 more things that seem spooky to them. Conspiracy theories, we’re learning, are even harder to eradicate than infectious diseases.

Right in the middle of this awfully titled piece from Vox, the mind behind the Mountain Goats gives us this gem. A perfect recipe on how to grow old.

I am a father of two. There is a certain joy in sort of feeling like, well, the kids have got a thing going on that I’m not going to fully get. But I can just enjoy watching. I think people fear getting older and fear that they’ll feel left out, but there’s a kind of buoyancy in that left-out quality sometimes, if you ride it the right way.

Criticizing women politicians on their dressing is fraught with misogyny. However in this cesspool an important distinction is lost; that of style as a statement. Tressie Cottom, writing for the New York Times, takes US senator Krysten Sinema’s recent statement to drive this point.

Whether we know about this research or not, we have gotten the message that good people simply do not comment on how people look because that can be rife with bias. The problem with that response is that the bias still happens — we just do not name it. When you “don’t comment on bodies,” you lose the discernment to think critically about how some bodies move through the world at the expense of how other bodies can move through the world. In short, when our language atrophies, we lose the mental acuity to talk about how power operates in our everyday life.

— Tressie McMillan Cottom, Why We Should Talk About What Kyrsten Sinema Is Wearing